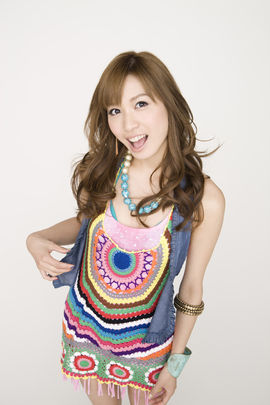 Oshima Mai (大島麻衣) is a Japanese pop singer and former member of AKB48's 'Team A'. She graduated from AKB48 on April 26th, 2009, and one year later she signed with avex and released her solo debut single "Mendokusai Aijou". In 2011 she released the Korean song "YOU (feat. Levela)" participating on the soundtrack for the Korean drama Me Too Flower.