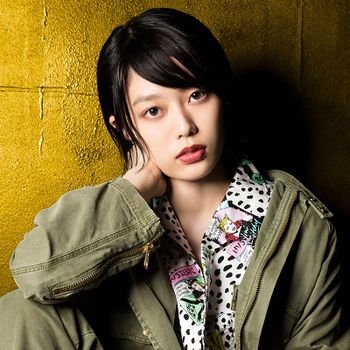 Hayasaka Tsumugi (早坂つむぎ) is a Japanese singer, bassist, and idol managed by AKS.