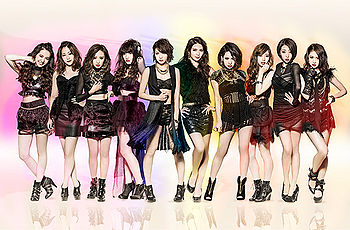 Not to be confused with DIVA.

DiVA, later known as DIVA for their final releases, was a ten-member subunit from the Japanese idol group AKB48. The subunit is signed to avex trax, and all members are represented by office48. DiVA was known as a four-member unit but in late 2011, joined by 6 new members. In 2014, it was announced that the unit will be disbanding after releasing an album, a last single and a farewell concert as Akimoto Sayaka and Masuda Yuka left AKB48 and Umeda Ayaka and Miyazawa Sae were moved to AKB48's sister groups NMB48 amd SNH48 respectively. Member Masuda Yuka left the group in 2012 but returned for the unit's last releases. They officially disbanded in November 30, 2014 after the farewell concert DIVA Premium Live. 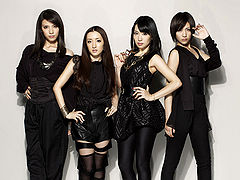