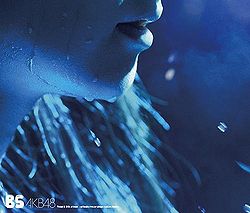 "Team B Oshi" is a song performed in the AKB48 stage "Theater no Megami", which was originated by Team B.

"Team B Oshi" is sung by all participating members of the following stages. As the nature of the song is dependent on the team and its members, the verses will constantly change. Team KII's version is hence called "Team KII Oshi".

There are currently three recorded versions of "Team B Oshi" to be found in AKB48's discography. These versions are: